In the year 2010, we as the sovereign people of The Republic of Kenya betrothed unto ourselves a new constitution for Development in Kenya, a constitution that is praised all over the world as one of the most progressive constitutions on planet earth.

We thought that by promulgating this constitution all our social, political and economic problems et al, would be solved at once. This has not been the case.

The very first article in our Constitution says;

Now, lets start analyzing this 2nd sub article,  The people may exercise their sovereign power either directly or through their democratically elected representatives.

Use of Sovereign Power for Development in Kenya 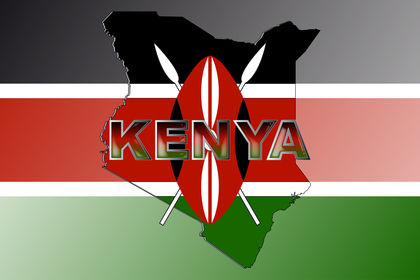 Then, ‘people may exercise their sovereign power‘ means that the Constitution has given each and every one of us the power to do the above listed responsibilities and others not listed  without fear, intimidation or deterrence. When a person is exercising the above sovereign power, the Constitution gives us the choice to either exercise it either directly (ourselves) or indirectly (through our political leaders).

This surrender was not necessarily a mistake of our own liking or doing but we were made to believe that the government of the day could provide everything for us, (that by self rule the government could take care entirely of its citizens). Although there was a maiden call by our founding father Mzee Jomo Kenyatta to “Turudi Mashambani”, resources to go and develop those areas were not adequately provided to all parts of Kenya.

But then, after we realized that the Jomo Kenyatta government only developed the areas where the President hailed from, we started a clamour to change the leadership. President Moi came, he did the same, We cried for his removal. President Kibaki came and repeated the same mistake.

By the time President Kibaki was in power the champions of the Second Liberation had realized that; it is not the government that is supposed to develop a nation through it citizens but the citizens through their Government. That is why the agitation for a new constitution reached the climax and finally we got it

After we started implementing and living the new constitution in 2013, our mentality, thoughts, habits, our approach to things and our way of doing things drifted back to the era of the old constitution where we expected the government especially the National Government to do everything for us.

Kenyans, lets rise up to the occasion, lets smell the coffee! Times are not the same again! Things have changed! The world has become more competitive! The constitution changed! So let us also change!

Exercising our sovereign power indirectly has led to many fundamental problems in our Kenyan society today. A case in point is a farmer, in rural Kenya, who is expected to be the food producer asking the government for food rations, Ceteris paribus.

Some examples of other scenarios where we have failed to exercise our sovereign power directly is;

Development in Kenya after embracing Direct Use of Sovereign Power

This is why the Constitution commands us NOW to ‘exercise our sovereign power’ first and foremost, directly, and if there is something that we can’t do directly then we delegate it to our democratically elected representatives.

Our Kenyan Constitutionally empowered society of the 21st century is not supposed to be told initially what to do to empower our lives, in contrast, we are supposed to tell the government where it needs to chip in, where it needs to supplement, where specifically it needs to fund in the projects that we have already started on our own volition, as cooperative societies.

I am very sure if Kenyan farmers and entrepreneurs in other economic sectors can organize themselves like shown above, no government whether County or National can fail to assist them to succeed in their venture. Even venture capitalists would fall head over heels in love with such cooperatives and invest their money there.

Conclusion, Lets embrace Direct Use of Sovereign Power for Development in Kenya

Finally, in summary, I would wish to say that this is the time that we as Kenyans should make a deliberate decision to leave behind the stale notion that the government will fix it all for us. Even if you leaders and fail to change yourself, you will have done a zero-some game.

First-things-first, lets change our bad habits, our mentality, our approach to things, our way of doing things and stand commanded by our Kenyan Constitution that dictates that we should exercise our sovereign power directly first before opting for the indirect.