As at 2016 Justice Professor James Otieno-Odek is 53 years old.

From 1971 to 1975 he attended Race Course Primary School, Eldoret, Kenya where he sat for his Certificate of Primary Education.

From 1976 to 1979 he attended St. Mary’s High School where he sat for KSJE, 1977 and attained Kenya Junior Secondary Examination Certificate. 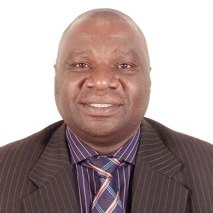 Between 1984 and 1987 he attended University Of Nairobi Kenya and attained Bachelor of Laws, First Class Honours (LLB, 1st Class Hons.)

in 1987 he joined Kenyan School Of Law, Nairobi, Kenya and attained Diploma in Law in 1988.

In 1991 he joined University Of Toronto, Canada and in January 1995 he attained Doctor of Juridical Science (JSD) Degree.

In 1983 to 1984 he was a teacher in Eldoret before joining the University of Nairobi.

From July 1989 to 6th April, 2004, he was a Senior Lecturer, Department of Public Law, Faculty of Law University of Nairobi.

From 1st December, 2004 to 2012 he was the Managing Director of the Kenya Industrial Property Institute.

From January, 1996 he acted as a Chief legal consultant and practitioner in his Law Firm Otieno-Odek & Co. Advocates, Nairobi, Kenya.

Justice Prof Otieno Odek also served as the Chairman of the Paris Union of the World Intellectual Property Organization (WIPO) in Geneva and was the Chairman of Madrid Union of WIPO and Chair of the Berne Executive Committee of WIPO.

In 2011, Justice Prof Otieno Odek unsuccessfully applied for the position of Supreme Court Judge. In 2016 we will wait and see if he will try his luck again after Justice Willy Mutunga Exit.

Justice Prof Otieno Odek met for the first time with his wife Anne Achieng’ in 1989 at a mutual friend’s office.