Saint Agericus of Verdun was born to a poor farmer. He then became a parish priest at ST. Peter and Paul church in Verdun, France. Later, he served as a Bishop of Verdun in 554 AD. Agericus also served as the advisor to King Childebert II and was noted for his generosity to the poor.

When a neighbourhood rebel pioneer named Bertifroi looked for asylum in the sanctuary of minister Agericus in Verdun. In spite of the fact that an individual from the illustrious court himself, Agericus protected the agitator’s entitlement to asylum in a place of God. The lord’s men, in any case, disregarded the custom and the minister, broke into the house of prayer, and slaughtered Bertefroi. 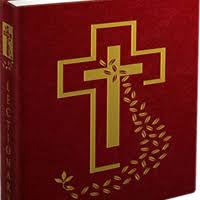 Catholic Readings for January to December 2022